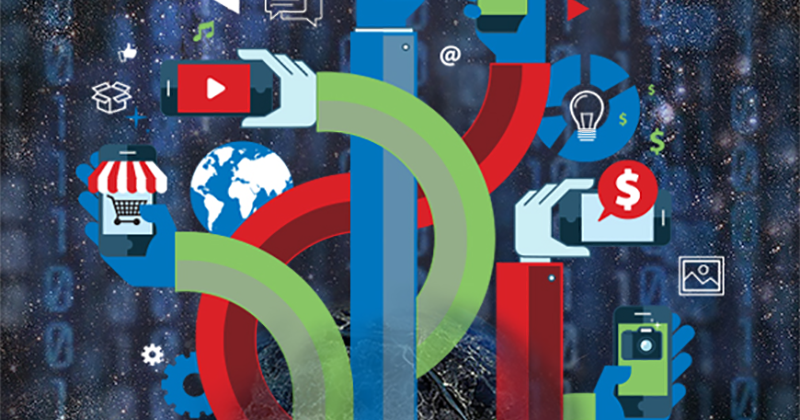 How The Internet Works – Episode 8.

How the Internet works – Episode 8.

How is the Internet Controlled?

If you’ve been following our How the Internet Works series from the beginning, you know that the Internet is made up of a vast number of connected independently operated networks that act as one ubiquitous system. But who, or what, then has the daunting task of controlling everything?

This post explores the varying degrees of responsibility when it comes to Internet functionality and the ultimate answer to who controls the Internet.

The Internet is organic and constantly evolving.

The very design of the Internet does not allow for central control, it’s known as a decentralised and fully distributed network.

If we take a look at the architecture of the Internet, we see it’s made up of hundreds of privately controlled networks. Each is adapting their controls, policies and procedures regularly.

Governmental Control of the Internet

It could make sense to think that your government controls the Internet in your country. In certain instances, this is true. Some countries have imposed strict censorship on the Internet – like China who’ve completely blocked Google and other social networks like Facebook and YouTube. Other countries have several laws which impose regulations on network infrastructure, broadcast communications, and data protection.

Here in South Africa, we have several laws which prevent illegal activity and make Internet Service Providers (ISPs) responsible for assisting with law enforcement in this regard. These include:

We also have regulatory bodies. ISPA, the Internet Service Provider’s Association, which acts as a voice for ISPs and Internet Users alike. Many ISPA members have elected this industry recognised body as their official channel for receipt of take-down notices.

A take-down notice is a procedure set out by ECTA, which demands that unlawful content on a website be removed from the Internet. Your ISP isn’t allowed to monitor or intercept your internet activities. However, ISPs are responsible for removing illegal content once it’s reported to them.

ISPs also have their own terms, conditions and fair usage policies, which are occasionally revised. There can be multiple reasons for this, such as agreements with other networks, their user’s ever-changing needs and changes in local legislation. Legally and ethically ISP’s seek to protect every user’s basic human rights. It’s our job to ensure the Internet is a happy place for all.

So that covers regional control, but you may be wondering about global control. Is there any company that has some form of worldwide control of the Internet?

The Internet Corporation for Assigned Names and Numbers (ICANN)

ICANN (The Internet Corporation for Assigned Names and Numbers, would be the closest that any organisation gets to global control of the Internet. This is non-profit organisation is governed by an “an international multi-stakeholder community”¹ who oversee and coordinate issuing of IP addresses and domain names the Internet as a democratic framework.

Anyone can have a seat at the table, and everyone involved in ICANN has an equal say in its management, ensuring that the Internet remains free and open.

Internet Services Providers, industry regulators, governments and even global entities such as ICANN may influence your Internet experience but only have partial control of specific facets of the Internet.

The largest part of your Internet experience is really up to you. You can choose your service providers, your settings on specific apps, the amount of content you consume, and what you see online too.

So, who ultimately controls the Internet?

The answer to your question is, in fact, no one and everyone simultaneously.

As you can see, no single person or company controls the Internet, but everyone in the world can contribute. So we all control the net. Each and every one of us who use the Internet, play a role in its existence.

“The Internet is made up of an incredibly large number of independently operated networks. What’s interesting about the system is that it’s fully distributed, there’s no central control of deciding how packets are routed, or where pieces of the network are built – or even who interconnects with whom. These are all business decisions that are made independently by the operators. They are all motivated to assure that there is an end to end connectivity of every part of the network because the utility of the net is that any device can communicate with any other device.”

This is a quote from Vint Cerf who, along with Bob Kahn, is credited for creating the Internet – which is exactly what we will be exploring in our next post, how the Internet came to be.

Do you want to understand more about your ISP’s role in your Internet experience? Contact us and we’ll gladly answer any questions within our ability to do so.