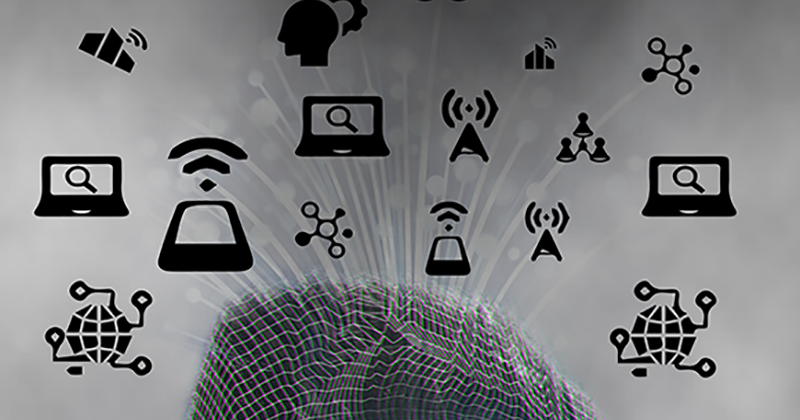 How The Internet Works – Episode 2.

How the Internet works – Episode 2.

The infrastructure that makes up the network of networks

Have you wondered “what is the Internet?” You’re not alone. That’s why we’ve developed a series of posts to explain How the Internet Works .

The Internet is the collective name for all of the world’s independently operated networks which are connected and act as one coherent system. This is why we call it the Internet because it is a system of interconnected networks.

What is a Network?

A network, in its simplest form, is when two or more computers systems are linked so that they can share information. For computers to communicate and share resources, they require multiple network devices and connections.

There are various types of networks, classified by their geographic scale and defining characteristics such as their typology, architecture and the protocols they use – in other words, a network’s size, purpose or a combination of the two.

If you take a look at your office, you have a range of devices connected within a single building. This is known as a Local Area Network (LAN). When two or more LANs are connected, they make up a Wide Area Network (WAN). The Internet is effectively the largest WAN in existence.

Now, let’s take a look at the connections and machines in between.

Probably the most important element to the functionality of the Internet is connectivity. All devices on a network first need to be connected, and then the networks connect to each other (that’s what Internet Service Providers do). And to connect, you need a transmission line, which can be physical or wireless.

Much of the world’s Internet infrastructure was built on existing telephony networks or copper cabling, but it has too many limitations. So today, we mainly rely on Fibre Optic cabling to connect from home and offices to Internet Service Providers (ISPs) and from ISP to ISP. Fibre forms part of the Internet’s backbone.

Fibre has revolutionised Internet connectivity because it is capable of transmitting a large amount of data, fast!

What is Fibre exactly? It is the collective name for minuscule strands of glass or plastic which transmit data at the speed of light. Literally. Data is converted into light pulses which bounce up and down through the core of the Fibre Optic strand.

It’s not only the speed that makes Fibre so amazing. Glass (or plastic) is a poor conductor of electricity and, with no-to-little electromagnetic interference, the quality of data transmission is infinitely better. This (plus the insulation around the Fibre strands) enables Fibre Optic cable able to withstand the elements and have a much longer life span.

Together, durability and resilience make Fibre a perfect long distance medium. Hence why all the major undersea communication cables use Fibre.

Your Internet experience depends on the availability of the network, and that pretty much means your connection to the Internet.

Of course, the computer you’re trying to retrieve information from needs to be available too, however, there could be several machines needed for you to reach that computer.

Network Devices: The Machines that make up the Internet

There are millions of computers connected to the Internet which are named according to their purpose. Sometimes your personal computer can act as both a server and a client.

Examples of various computers and their functions on the net.

Clients retrieve information from servers. In other words, servers serve clients – just like real life. A client is also known as an end point.

Peers or peering is when two computers send and receive information from each other on a more-or-less equal basis. When you and your friend Skype each other, you are using peer-to-peer communication. So the relationship between the computers interchange from client to server depending on which one is sending or receiving.

Routers act like traffic officers, telling data traffic where to go. A router identifies the type of data, an email for example, and sends it in the right direction to get to its destination.

Nodes are connecting points along a route or anything with an IP address –the same way your PC can be a server or a client, it can also be a node.

The Composition of The Internet And The Hierarchy of Networks

When you connect to the net, the device you use becomes an endpoint of the network you are on (for example, your office or home LAN) which then connects to your ISP and forms a part of their network. Tier 3 and 2 ISPs will connect upstream to a Tier 1 ISP which is directly connected to the backbone of the Internet.

The Internet’s backbone refers to the elements of the net which remain fairly static. It could be defined as the ‘principle’ data routes between large interconnected Tier 1 computer networks and core routers on the Internet.

NAPs (Network Access Points) and IXPs (Internet Exchange Points) are where these larger networks conjugate and peer with one another – sending information directly between each other.

As a national Tier 1 Internet service provider, we peer at NAP Africa and have a presence at all three of South Africa’s IX’s being JINX, CINX and DINX. We also control our own network entirely, meaning that availability of the net and the quality of our subscriber’s Internet experience lies in our hands.

So how do all the computers and routers on the net know how or where to send data exactly? How does an entire HD movie make it from Netflix to your home? The answer is coming up in our next post, Universal language and rules: Protocols.