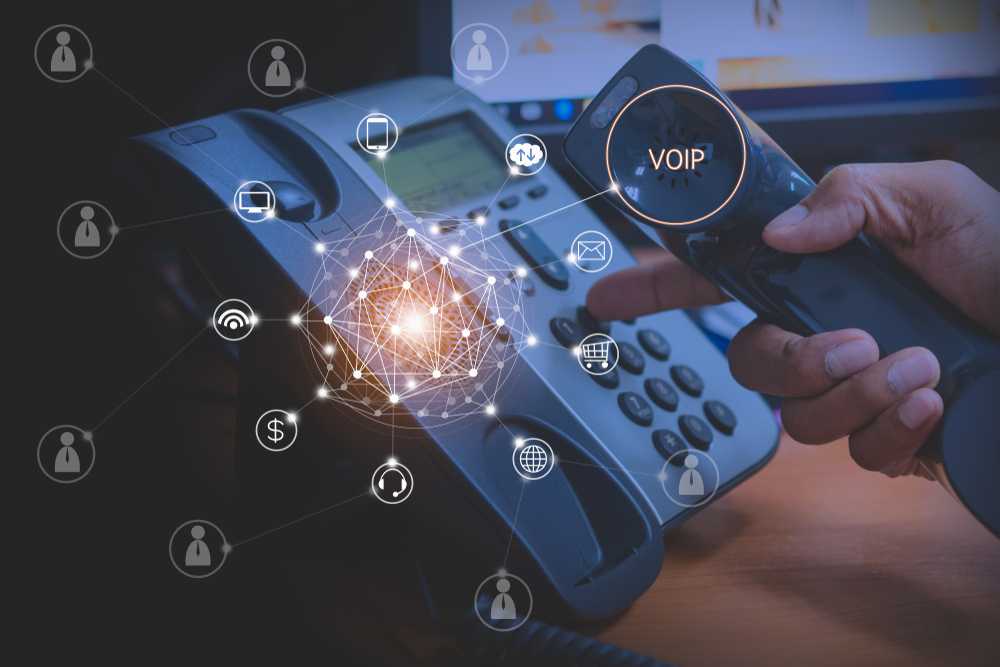 The Power of VoIP Will Benefit Your Business

With technology ever increasing, employees wanting more of a flexible work schedule, and more importantly, sometimes business needs demand it, the use of a Voice over The Internet Protocol (VoIP), benefits not only large corporations but also small businesses on a tight budget.

The power of VoIP provides flexibility; not only for employees to work from home if necessary and still maintain productivity but also because where there’s an internet connection, there is the potential of making and receiving calls, from any device, from anywhere in the world.

Here’s how VoIP benefits your business, no matter the size:

Affordable, even for smaller businesses

VoIP allows companies the opportunity to set up their business differently than the normal brick and mortar business that requires expensive equipment and software.

For example, small businesses can utilise the well-known Skype, which is free and only requires a computer or a mobile device and access to fast internet.

According to BizCommunity, “VoIP would be a great choice for many South Africans because the phone service is inexpensive, and will represent only a small additional monthly cost after the cost of subscribing for an Internet service”.

Generally, VoIP calls cost less than a landline call with the benefit of being able to make international calls at a much cheaper rate.

Now, in addition to not requiring expensive equipment, and the fact that internet calls are cheaper than traditional landline calls, the market for VoIP is expected to grow by nearly 10% over the next four years, which will decrease landline use. This is good news because traditional phone systems are expensive to maintain and in addition, do not include extra business services that your company may need in this modern era.

With VoIP, businesses do not need to buy lots of expensive hardware or hire engineers to install anything. Getting going is very easy, almost instant. In addition, those who already have older phones may still be able to use them.

Ease of getting VoIP set up is a major factor when deciding on how you want to set up receiving calls and making them, especially when you’re a smaller business.

BitCo’s VoIP service, for instance, is hosted in the cloud and requires no special equipment or wiring to install, only a good internet connection like that of Fibre internet.

VoIP is reliable [if]…

This is an easy solution to ensure undisturbed quality: simply use your mobile connection as a backup, or get a backup power source (like a battery or generator) to make sure your internet connection stays on.

The majority of VoIP systems include an auto attendant, which directs callers to the right “department”. It acts as a selection menu for callers, allowing them to choose the best selection for their needs.

If you’re a one-man show, the auto attendant is handy to convey a professional impression. Callers make their selection without knowing that there’s only one person for their every need…a little sneaky, but that’s OK. On the other end, you will know what the caller wants before you answer.

You can also customise the music on hold function so that callers don’t drop the call to get away from high strung choir music while waiting.

Lastly, VoIP has a multi-ring feature to ensure that someone in your company always answers incoming calls. This feature allows you to forward calls to other devices, so no matter where the person answering the call is located, the call will not be missed.

With VoIP, meeting attendees need not be physically present. Instead, they can join for a meeting from anywhere in the world. This has the potential to save transport costs and perhaps even accommodation expenses.

With the benefits of VoIP, having everyone sitting around the table all at the same time will no longer be necessary. Everyone can log-in from wherever they are as VoIP is multi-functional and can be used on a computer, laptop, tablet or mobile phone.

With VoIP, there will no longer be any excuse as to why your employees have missed those early Monday morning conference calls!

Because VoIP provides quality, reliability with more functionality and at a cheaper price it is a no-brainer as to why so many people are choosing it over the traditional old phone line.