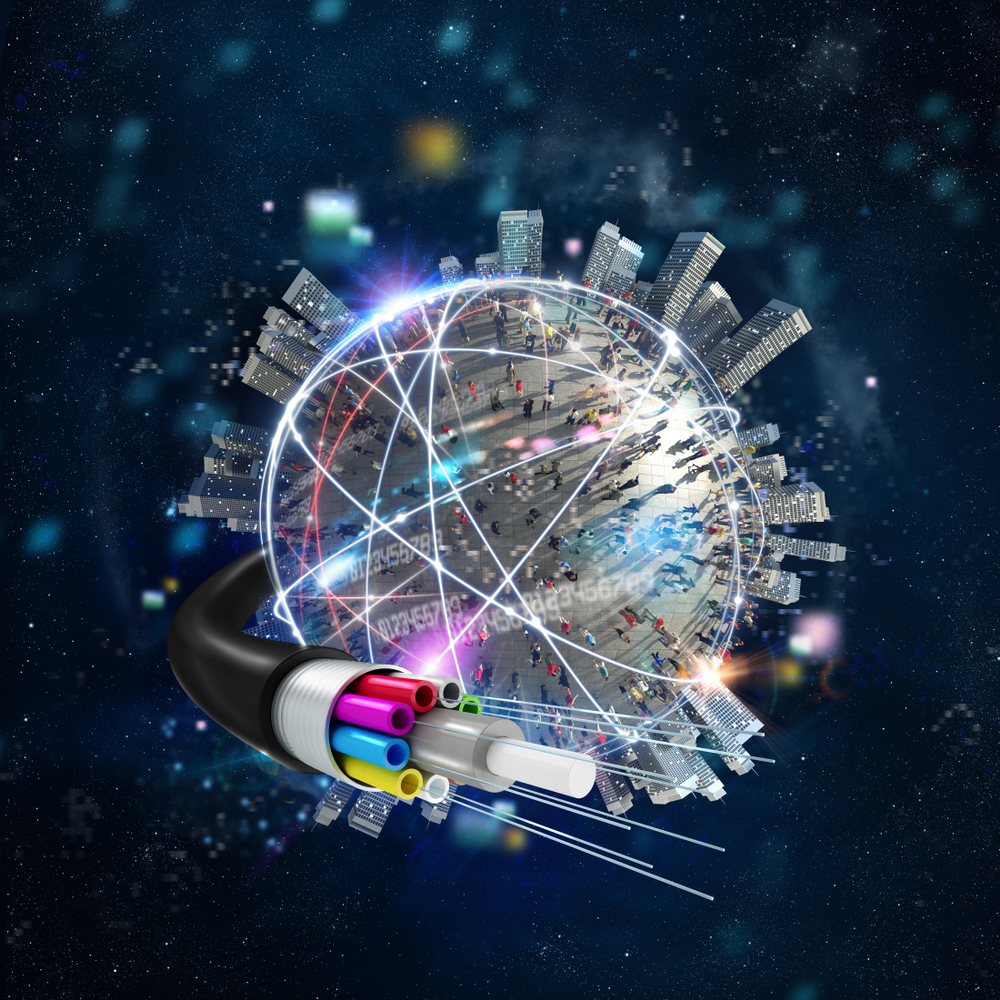 Covid-19 has an unparalleled impact on our society and our economy. Scenario simulations by the International Monetary Fund (IMF) indicate an economic decline with the global economy possibly entering a recession in the first half of the year 2020. However, in terms of the Internet of Things (IoT), there are strong indications that many technologies will see accelerated adoption in the coming years with people becoming more digitally minded as they embrace technology while forced to work from home.

The World Economic Forum (2020) reports that:

More aspects of our daily lives have moved online due to the coronavirus; and

In the developed world, millions are connected to the Internet from kitchens, living rooms and home offices every day with some Internet service providers (ISPs) seeing demand rising steeply.

These instances beg the question of how fibre and the Internet impact the economy globally.

With fibre giving greater accessibility and faster speeds, entire cities will have new opportunities for economic growth. Entrepreneurs have the infrastructure to innovate and local governments can address local problems with additional capacity and by managing large databases more effectively. It may also mean improved economic performance by creating more jobs, more innovation, and incentives for infrastructure investments.

The Fourth Industrial Revolution with its knowledge-based economies are stimulating the adoption of technology in a changing world. Moreover, technology is advancing at an exponential pace, challenging and irrevocably changing the ecosystems of national economies.

Knowledge-based economies will circumnavigate this technological disruption better by reacting more holistically. Reshaad Sha. Chief Strategy Officer of Dark Fibre Africa indicates that transferring knowledge or intellectual capacity as a source of economic growth requires knowledge workers to access technology platforms, enabling new business models. Since fibre is the best network technology to handle the quickly growing data and speed demands, it is pivotal in the implementation of these proposed new business models.

With increasing demand, Internet service providers (ISPs) who use fibre networks stay ahead by simply upgrading the transmission hardware. The implication is that the technology is able to scale more efficiently when compared to a wireless network where spectrum (frequency used to transmit data through radio waves) availability is essential. Reshaad explains that “Once an area has been trenched, ducts laid and fibre blown through, the passive network is able to scale up to cope with increased bandwidth demands through just equipment upgrades, and not additional builds”.

The installation expenses of a fibre network are arduous, but is an investment in the long-term for companies that are not risk-averse. Return on investment can take longer, but with an uptake greater than 40%, the investment makes sense.

Reshaad also notes that as market forces compete to meet the growing demand for data, wholesale provider network operators will not be exempt from looking for more cost-efficient and appropriate ways of building, deploying and managing networks. “As the market converges on the Internet connectivity sector, profit margins at every link of the value chain are being squeezed, and the result is cheaper fibre-supplied Internet to regular users”. However, in South Africa, the Internet is first experienced via smartphone since only 5.3% of South Africans have access to a physical, fixed, broadband connection, with a national access rate to broadband of just more than 40%.

Staying abreast of changes induced by the Fourth Industrial Revolution is an urgent need for South African companies and South Africans at large. In 2014, the South African government published South Africa Connect, the national broadband policy with the goal of providing Internet access to the homes of all citizens by 2030. Reshaad mentions that connecting rural areas to broadband Internet will attract jobs, investment and social inclusion allowing smaller, more vulnerable communities to remain intact and become stronger as they connect with the rest of the world.

However, analysts suggest that the government’s inactivity despite its good intentions will harm South Africa’s ability to meet the urgent signposts required to enable South African residents to compete in the Fourth Industrial Revolution. Additionally, digital literacy is a concern as it is as “important as digital access to enable people to use the Internet and so participate in the social and economic benefits of the digital economy (currently 2.5% of national GDP)”.

Thus, education is equally important as Internet access as well as relevant services that will encourage people to use it while considering aspects such as the affordability of data and devices.

The fact remains that “in many developing countries, there isn’t the infrastructure to handle a significant increase in demand. Many mobile networks are still running on decades-old 2G, while wired and wireless internet connections are far from ubiquitous – all of which makes the possibility of home-working a remote one”. World Economic Forum, 2020.