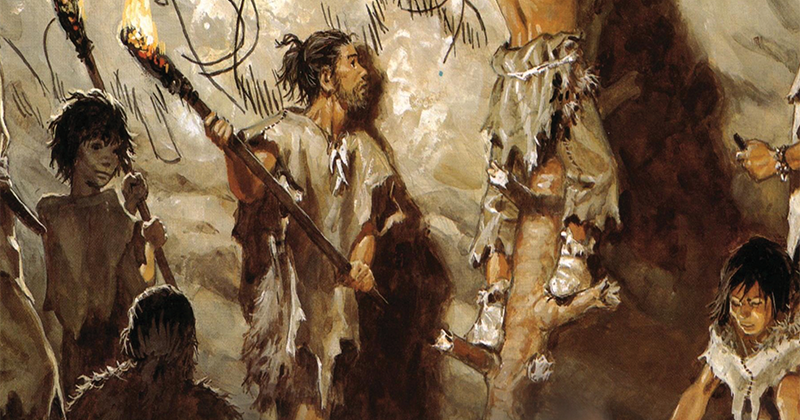 From Tools to Machinery Part 1: The Ancient World

Welcome back to the second episode of our series about the evolution of technology .

Technology is all around us. Almost anything you interact with today is the product of technical evolution. We’ve embarked on a journey through mankind’s history, exploring the humble beginnings of technology and how the concept of technology has changed over millennia. We discussed the many definitions of technology and the origins of the word technology in our first post . However, mankind has been using technology long before there was even a word to describe it.
In this post, we will travel back to when technology first emerged with our Paleolithic ancestors and follow its evolution alongside our own up to 500 years before recorded history.
Our goal for this series is to provide an easily digestible, summated history of technology. Of course, the topic of technology (how to define it and its many different forms) is broad. We wouldn’t dream of calling ourselves experts on the subject by any means. This episode breaks down how we define technology and the context in which we will be discussing its evolution.

When humans first started using technology, progress was nowhere near as fast-paced as it is today. It took a few millennia for technology to gain momentum. Human evolution dominated from roughly 2.5 million years ago to 50 000 BC. Following that, up to 3 000 BC, our ancestral relatives made some tremendous breakthroughs. Although this took place over an expansive period of time, they are no less significant or relevant today.

The Stone Age gets its name from the material that human species predominantly used for technology at the time, stone.
Early technology sought to fulfil the most basic needs of physical survival, and in this period, man began shaping and sharpening stone for specific purposes namely tools and weapons. These tools gradually became more sophisticated and, with that, humans adapted from nomadic hunter-gatherers to settled communities. Technology advanced to include the development of irrigation, agriculture, animal husbandry, manufacturing, and deriving power from various sources (animals, and to a lesser extent fire and wind).

Language and Communication were etched in Stone

One of the first and arguably the most significant inventions of man in the Stone Age is communication. The technique of spoken language (manipulating sounds and symbols with assigned meanings) gave us the ability to share ideas, organise, and collaborate. Language as a tool, therefore, allowed for greater innovation.

Language enabled man to communicate with fellow tribesmen to devise successful hunting strategies, and storytelling was vital for passing on knowledge to ensure the tribe’s longevity. Prehistorians and archaeologists estimate that speech originated roughly 500,000 years ago.

The Move to Metallurgy

Towards the end of the Stone Age, man discovered copper and soon after learned that smelting copper with other metals (such as tin) created an alloy, Bronze. They also developed methods for extracting metals from ore, found iron, and learned the skill of smelting. Thus the mining industry and metallurgy began.

Equipped with a stronger and more versatile material than stone, tools and techniques were refined to cater for new town living.

Overall, we saw a significant increase in innovation as people moved to a more civilised way of living, and this marked the beginning of the invention of the city.

Ones and Zeroes Literally Make The World Go Round

We couldn’t help the word-play. The technique of writing and the technology to do so presumably started with the Sumerians who used a round stylus to imprint shapes representing numbers into clay.
Archaeological evidence suggests that the Sumerians needed a way to record accounting (how much of a specific commodity was on-hand). Only numbers were recorded at first, but pictographs were soon devised to represent what was being counted. These evolved into phonograms –symbols representing sounds.
Similarly, spurred by the same necessities, writing developed independently in other civilisations at roughly the same time. As social systems grew more complex, ways to record economic, religious, and political events (to name a few) had to be devised.
Shareable Call-Out: Numbers preceded words. As an Internet Service Provider, we love how poetic it is that binary code follows the same process as the evolution of writing itself.

The Classical Civilizations Come To The Fore

The technique of working with Iron impacted technology in other fields, increasing skills and collateral. Both of which were transferred, with the assistance of writing, to neighbouring civilisations and lead to the rise of the Greek and Roman civilisations. We will explore this in our next episode, Tools to machine Part 2: The Greco-Roman World .
While it may have taken millennia for early man to find his voice, modern man can get voice services deployed over a licensed spectrum Microwave Link in under three weeks. Find out more.