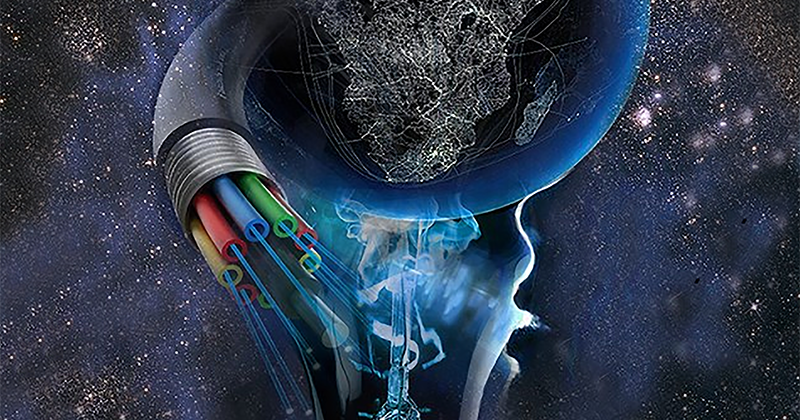 What is the Internet? Episode 1.

How the Internet works.

The Internet is part of our daily lives. We use it all the time, sending emails, browsing websites, instant chats, streaming music and so, so much more.

It’s hard to imagine the world today with no Internet. Without it, Internet Service Providers like us would not exist. Yet, few of us understand how it works. More importantly, what is the Internet?

To answer these burning questions, we’ve developed an ten-part series to explain how the Internet works by exploring:

In this post, we’ll take a high-level look at what the Internet is and what it is comprised of.

What is the Internet?

If you’re thinking World Wide Web, think again. The great WWW is only a subnet –albeit enormous– of the Internet. However, let’s not get ahead of ourselves, we’ll come back to that later.

The Internet is known as the world’s largest network of networks, but, it’s more than that. The Internet is both tangible and intangible. It exists because working protocol, called TCP/IP, enables every electronic device on the planet which is connected to a network to “speak” and exchange any form of data, in milliseconds. It is named the Internet because it is a system of interconnected networks. Inter, meaning between, and Net, from Network, make up the word “Internet”.

That’s the simple answer, but let’s take a closer look.

The Internet is a design philosophy

Humanity continuously strives to improve communication. From smoke signals to Morse code, from telegrams to the telephone, through to the existence of the Internet today. The world is now more connected than ever before.

That is really the crux of it, the utility of the Internet is that it facilitates an unprecedented method of communication.

The concept of the Internet is much like the traditional telephone system, where you simply punch in a number and speak to a person anywhere in the world. Only, instead of being limited to communicating with voice, you can send or receive any data to and from any device provided that it is connected to the Internet.

The architecture of the Internet is such that every independent network in the world is connected and data can travel through these networks without congestion or reliance on a single route for transmission.

Although many technological advances throughout history contributed to and culminated in the net’s development, the protocols which enable its capabilities are cited as the invention of Internet.

What is the Internet made of?

At grassroots, the Internet is made up of – and hinges on – two things: hardware and protocols.

Hardware refers to computers, routers and cables, wires, radios and much more. In fact, any physical component in a communications network. Our next post explores hardware and the Infrastructure that makes up the Internet in more detail.

Protocols are the rules computers use to break down and routing data from one computer to another. Like the telephone system, you don’t have cables running from your phone to every other phone in the world but, instead, you have a single connection to an operator who then connects to the next operator who connects you to the final destination. In the case of Internet connectivity, your operator is your Internet Service Provider (ISP).

Your ISP provides your physical connection to their network (known as the last mile connection)  and access to the Internet. It is also the ISP’s job to manage Internet traffic – ensuring an enjoyable Internet experience.

An overview of how the Internet works

In short, cables, wires and microwave Ethernet criss-cross the globe and connect all the of world’s networks transmitting data using sophisticated protocols that allow every device to know how to route and process the information.

That might sound wildly technical, but don’t be alarmed. We’ll take you through what each component of the Internet is and how they work together. By the end of this series, we’re confident that you will understand – and marvel at – the wonder that is the world’s leading communication medium.

Be sure to read our next post about the infrastructure of the Internet.

Want to find out more about the best connection for your business? Contact us and we’ll call you to set up a meeting.