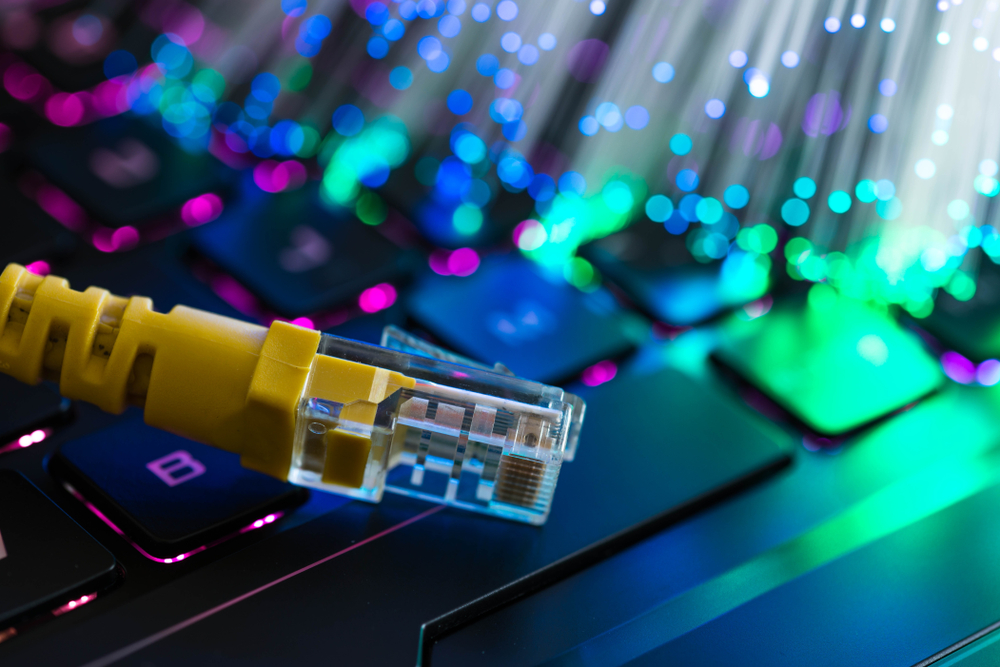 Internet connectivity is still problematic in South Africa, but certain policies and measures have been put in place towards getting more citizens online. The widespread installation of fibre optics planned by the government is meant to alleviate the expected negative economic impact of the lack of Internet access.

Although fibre optics has been utilised for more than a decade in South Africa, it has only recently become more accessible to consumers due to an increase in companies providing the service to consumers and as the demand for faster Internet increases.

Fibre optics, or optical fibre, involves the medium or channel and the technology used for the transmission of information or data as light pulses through a glass or plastic strand or fibre. Data is thus transmitted in the form of light particles or photons that pulse through a fibre optic cable. The glass fibre core and its cladding have a different refractive index that bends incoming light at a certain angle. Light signals reflect off the core and cladding through a process called total internal reflection. Fibre optics transmission sometimes requires repeaters at intervals to regenerate the optical signal by converting and processing an electrical signal and retransmitting the optical signal.

Fibre optics is used for long-distance and high-performance data networking in telecommunication services such as Internet, television, and telephones. Currently, fibre optic cables support up to 10-Gbps signals. Typically, as the bandwidth capacity of a fibre optic cable increases, the more expensive it becomes.

Fibre optic cables are better than copper cables because they are more reliable, support higher bandwidth capacities and light can travel further without needing that much of a signal boost. Additionally, they are less susceptible to electromagnetic interference, such as interference and can be submerged in water. They are also stronger, thinner, and lighter than copper wire cables and because they contain no copper, cable theft is reduced.

Compared to copper wires, fibre optics do have disadvantages such as being more expensive, requiring more protection within an outer layer, and they are more fragile. Installing fibre optics cables are also more labour intensive.

Most homes with Internet access in South Africa are currently on asymmetric digital subscriber lines or ADSL lines with speeds varying between 1 Mbps to 4 Mbps, For businesses and remote workers faster Internet is needed and fibre optic cables offer line speeds of up to 10Gbps.

The South African Department of Telecommunications and Postal Services released a national broadband policy in 2013 that seeks to create ‘a seamless information infrastructure by 2030 that will underpin a dynamic and connected vibrant information society and a knowledge economy that is more inclusive, equitable and prosperous’.

Although South Africa has not realised its targets with regards to Internet connectivity, the report by the Department in 2018 indicates that there is progress being made in respect of national fibre and cellular coverage rollout.

Jessica Spira, Business Development Director at Rand Merchant Bank (RMB) states that: “In these times of great economic uncertainty, the fibre industry is a great South African success story and proof of how the private sector can drive economic development”. This is evident since Vox, through subsidiary Frogfoot, has more than doubled its planned roll-out of fibre broadband infrastructure, aiming for as many as 400 000 homes in the coming years which is more than 140 000 homes previously targeted.

Businesstech reports that fibre is potentially the most critical component of all telecommunications infrastructure in South Africa, and without further deployment the country will not be able to enter the 5G race.