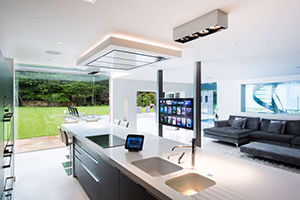 Exploring the feasibility of Fibre to the home

Exploring the feasibility of Fibre to the home

No sooner than our mobile phones can access 4G and LTE or fibre optic technology starts to peak into the commercial sector, are consumers obsessed with the next trending topic: “fibre to the home”. Braai conversations are abuzz about FTTH (as the cool kids call it). We explore what it will take to see fibre lit in the homes of SA consumers.

Fibre to the home (FTTH) is a new concept in South Africa. It promises high speed broadband services via optic cable. The pledged speed being the core of FTTH’s demand, following closely by its reliability. Fibre is invulnerable to electromagnetic interference, severe weather conditions and (hopefully for the foreseeable future) theft.

The promising quality of fibre doesn’t come without a price. Fibre has historically been an expensive service to obtain. Able to justify the high costs as an investment, larger corporates have been acquiring broadband via fibre technology for some time now. Through the development of offerings such as Smart Communities, leading ISP BitCo’s answer to cost effective fibre connectivity, medium and small enterprises are beginning to enjoy the benefits of fibre as well. This is because a single portion of fibre can be used to provide for an entire park, allowing costs to be shared among end users. The only limitations to this is the speed of light and the technology used on each end to terminate the data. For home consumers though, FTTH is only in the embryonic stage of becoming bearable in price.

Fibre is expensive in South Africa only because fibre groundwork is still being laid. Digging, trenching and blowing the [already costly] fibre cable through the ground involves hefty amounts of labour. Not to mention the mounds of bureaucratic fees permitting one to do so in the first place. Should home consumers desire this service before an extensive fibre network in our country exists, they would need to be prepared to assist in financing the entire project. For now…

Things are on the up. Internet Service Providers are spending their own money to build their own fibre networks. They see the need in our communities for better technology. Technology is evolving rapidly. The infrastructure is expanding. Each of these factors contribute to bringing down the cost of fibre to the end user.

If we ignore the cost and availability of the fibre back-bone infrastructure and presume we live in an area that is well supplied, we unveil further unavoidable expenses. The fibre must be pulled to a well secured part of the home that is not only cooled correctly, but also visually acceptable. Most fibre providers will request that a 110mm service pipe is pulled from the curb to the “server room” of the home. This may require costly changes to the home.

Once the fibre is installed into a home the final consideration would be maintenance thereafter. This is on the off chance there is breakage or any other kind of fault. In order for the service level agreements to be upheld from the supplier’s side, the client needs to agree to allow twenty-four seven access to the end point. Bear in mind said end point is in fact, the home. Should this not be possible and is stated at the commencement of the contract, the supplier would dub the service as “not guaranteed”. Basically rendering fault detection and resolution about as effective as ADSL.

All of the above is not exclusive to all fibre options. Depending on which provider is chosen, there could be far more pros than cons. It comes down to whether the fibre on offer is considered layer one, two or three. Layer one is commonly referred to as dark fibre. Layer two is fibre which has been lit with termination hardware on each end. Layer three is typical of what full Internet service providers offer. Both layer two and three would eventually need to connect to a layer one service.

Ultimately fibre to the home may take a few years to reach Average Joe in Fourways, but for cluster and CBD living, like apartment blocks, it is a very imminent possibility.

Find out more about SMART Communities.